The History of Vacuum Cleaners 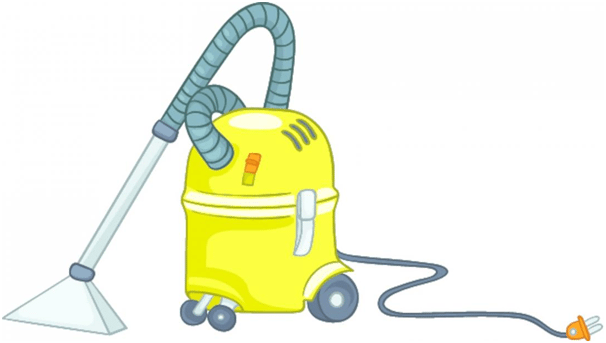 In this post we discuss the history of vacuum cleaners. Living in this day and age, thinking of a life without a vacuum is nearly impossible. But there was a time, and not very long ago when people had to do all sorts of cleaning, even carpet cleaning without the aid of this useful device. Do you know how rugs and carpets, or even winter coats were cleaned before the invention of a vacuum cleaner?

Since the answer is probably no, let’s find out a bit more about the history of how they have evolved through time.

To give you idea of how complicated and time consuming it was to clean anything back in the day, here is a brief breakdown.

Firstly, when it comes to cleaning carpets, the cloth would be hung on a wall or clothing line and then beat with a heavy bat or stick to clear all the dust and debris from it. Afterwards, it would either be laid back in its place or washed depending on how dirty the particular item was. As you can imagine, the process was long, tiring and difficult.

However, with the passage of time, and probably frustration with having to beat rugs with sticks, people started thinking of creating a device that would get the dust out of carpets and rugs without using too much mechanical force.

The very first vacuum of its kind came into being when Chicago inventor Ives McGaffey came up with a “carpet sweeping machine” in 1869. Even though it was not motorized, it still cleaned rugs. This machine offered great insights and ideas into more vacuum inventions, and was a turning point in the history of vacuum cleaners.

In fact, the carpet sweeper is still used today which is quite incredible. However, it’s not too popular today compared to motorized vacuum cleaner machines, for obvious reasons of convenience, but they do have their purpose.

If we actually take a look at how they work, the newer carpet sweeper models today work much better in certain circumstances. To give you an example, these devices are great for smaller areas in restaurants, homes, apartments, garages and camps.

Check out these Carpet Sweepers 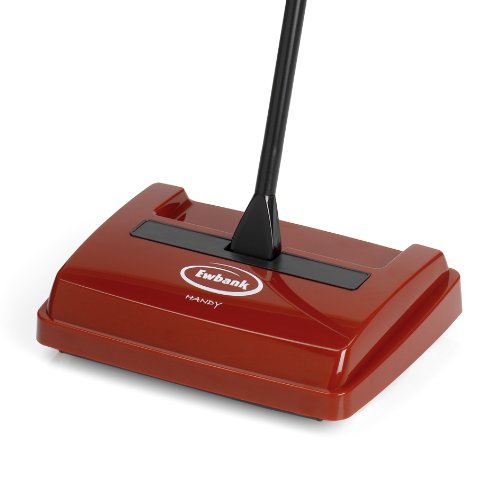 The Beginning of Modern Day Devices

In 1876, Melvill R. Bissel of Michigan came up with a similar carpet sweeping device for his company in Grand Rapids. After that, improvements were again made when John S. Thurman of Missouri invented the pneumatic carpet renovator. A gasoline powered cleaner, this was used by the inventor to clean carpets at $4 per every visit.

To get really in-depth into the history of vacuum cleaners, it wasn’t until 1901 that a motorized vacuum cleaner came into being.

This device was invented by Hubert Cecil Booth of England. To explain this a little bit better, he created a giant machine that was petrol driven and horse drawn at the time. Booth did not try to patent the machine, but instead gave services to anyone who needed them. The machine got so famous that it also gained approval from the Royal Navy and was used to clean the Westminster Abbey at the time of Edward VII’s coronation ceremony in 1901. Booth continued to better his invention and went on to do commercial cleaning afterwards.

The domestic vacuum cleaner took its actual portable form in 1905 and was created by Walter Griffiths of England. In 1906, James B. Kirby also came up with Domestic Cyclones or cleaners that also used water to clean out the dust. Hence, with these two inventions, and all the other previous ones, the modern day industry of vacuum cleaners began. This also included the start of differing varieties of cleaners, including electric ones.

In fact, the very first electric and portable vacuum cleaner was invented by James Murray Spangler, a store janitor in Ohio in the year 1907. He sold his design to William Henry Hoover, who smarted up the device, added more features to it and came up with the name Hoover Company. This is the reason why vacuum cleaners are also known as Hoovers.

When we look at the history of vacuum cleaners, it’s clear that what began as a simple device has now evolved into a highly advanced electronic machine. This is especially obvious with the development of self-driven robotic cleaners.

As we have established, the vacuum cleaner has seen many renovations and advancements from the time it was thought up. Recently, a British company also released a hovering vacuum cleaner known as Airider that floats on air cushion. How incredible is that?

As time progresses, new inventions are being created all the time to make home cleaning even easier than ever before. This article has covered the evolution of the device, from simple carpet cleaning with a stick all the way through to highly modern electrical devices.

With this kind of insight into the history of vacuum cleaners, you’ll probably never take your vacuum for granted ever again!

We are a participant in the Amazon Services LLC Associates Program, an affiliate advertising program designed to provide a means for us to earn fees by linking to Amazon.com and affiliated sites.

Disclosure: Some of the links in the posts are “affiliate links.” This means if you click on the link and purchase the item, we will receive an affiliate commission. We are disclosing this in accordance with the Federal Trade Commission’s 16 CFR, Part 255: “Guides Concerning the Use of Endorsements and Testimonials in Advertising.”